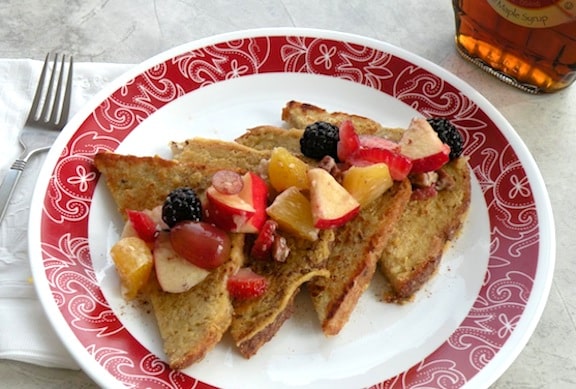 You don’t need a lot of bells and whistles for a fantastic yet easy vegan French toast recipe. It’s all about the golden-brown surface, cinnamon, and syrup. A nice amount of fruit or fruit salad is always a plus, too. I prefer garbanzo (chickpea) flour, as it yields an nice golden color, and since it’s made of bean, is a nice foil to the bread.